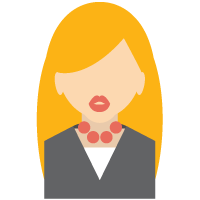 Most alarm systems are designed to alert the user …

Do You Want To Relocate? Let A Moving Company Handle These 3 Things
28 November 2022

Relocating to a new environment may be fun, but so …

For individuals that operate bed and breakfast est …

The Key Duties Of A Corporate Board Representative
27 July 2022

A board of directors is a key part of any corporat …

When a violent crime or a murder is committed, blood is often present. And, when it is, bloodstain pattern analysts can typically tell a lot about what happened, just by taking a careful look at the scene. More often than not, these professionals are employed by or through the law enforcement agency handling the case. However, there are instances in which you may wish to seek outside bloodstain pattern analysis. If you are having a case privately investigated, are a lawyer seeking to assist in a client's case, or want a second opinion, a bloodstain pattern forensic analysis service can help you. In fact, they can usually tell you more than you ever thought possible.

The Cause Of The Blood

Most people don't realize it, but blood splatters differently based on what caused the bloodshed in the first place. Blood that comes from a gunshot wound, for example, will appear differently on a wall or other surface than blood from a stabbing.

A skilled analyst can carefully examine bloodstains in order to determine their most likely cause. For those who want clearer answers about what exactly happened to an injured or murdered victim, bloodstain analysis can provide exactly that.

Bloodstain pattern analysis can also reveal the most likely position of people and objects in a room at the time that the bloodstain occurred. This can be extremely helpful in corroborating or disproving testimonies or confessions. It can also provide insight into if a body has been moved from the original site of the crime. Furthermore, analysts may be able to determine if a crime scene was staged or partially staged in order to make it look like different, inaccurate events occurred.

Bloodstain pattern analysts don't just focus on what caused a bloodstain to appear and why it appeared the way it did. They can also determine what happened after the bloodstain appeared.

They can usually tell if anyone attempted to clean the blood, if the victim stayed alive and continued moving after the bloodshed, if a victim was moved, and other information. Key details such as these can be extremely helpful in proving or disproving a case and for gaining more information about a crime scene and the events that took place there.

Bloodstain pattern analysis is amazing. It treats bloodstains almost like fingerprints and uses them to glean vital information. If you are in need of this type of assistance, do not hesitate to find a qualified analyst service in your area. It may just provide the answers you've been searching for.